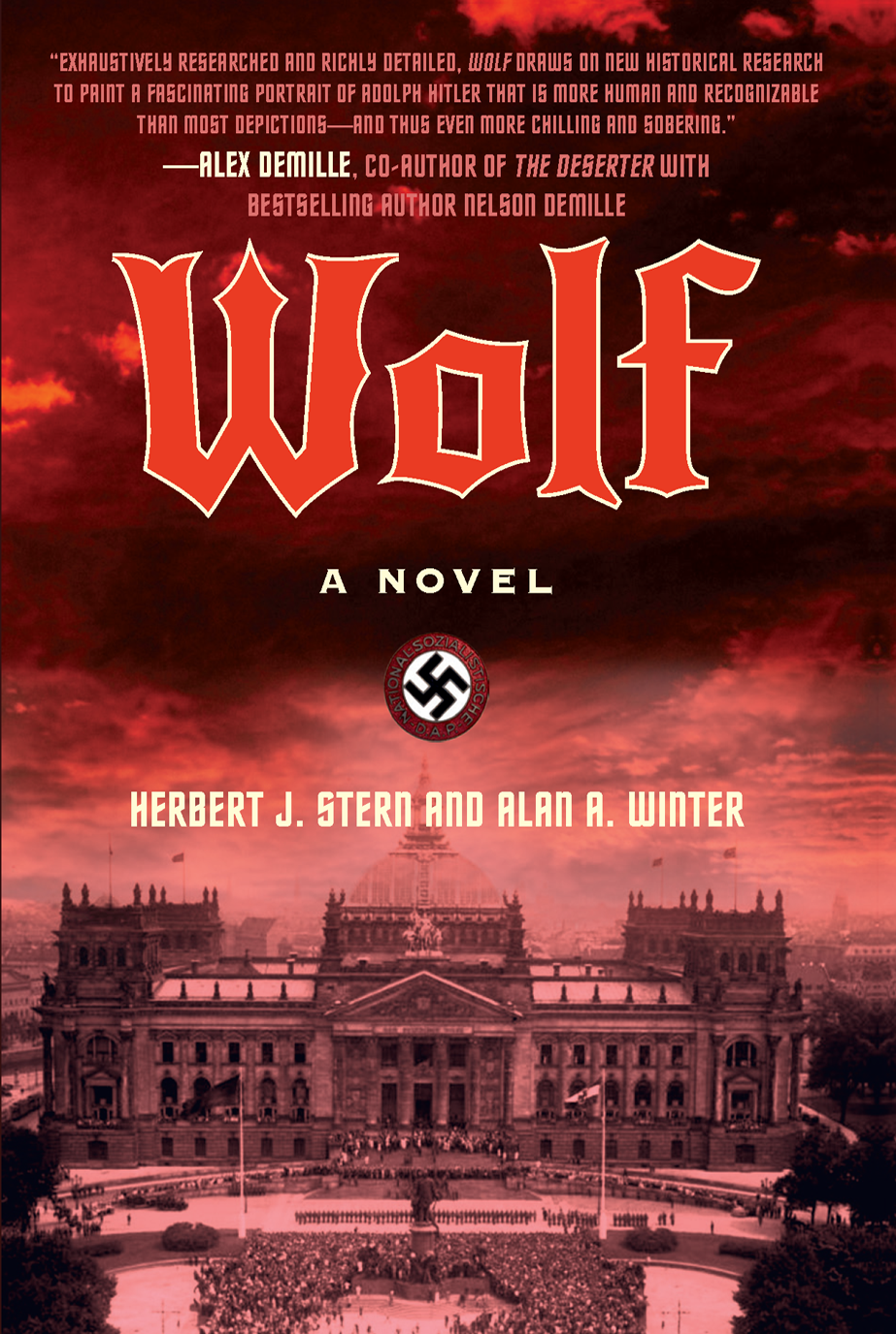 In the great tradition of Herman Wouk, author of Winds of War and War and Remembrance, Wolf is a thoroughly researched-and-illustrated historical novel about a man who is not yet a monster . . . but will soon become the ultimate one: Adolf Hitler.

Perhaps no man on Earth is more controversial, more hated, or more studied than Adolf Hitler. His exploits and every move are well-documented, from the time he first became chancellor and then dictator of Germany to starting World War II to the systematic killing of millions of Jews. But how did he achieve power, and what was the makeup of the mind of a man who would deliberately inflict unimaginable horrors on millions of people?

Meet Friedrich Richard, an amnesiac soldier who, in 1918, encounters Hitler in the mental ward at Pasewalk Hospital. Hitler, then a corporal, diagnosed as a psychopath and helpless, suffering from hysterical blindness, introduces himself as Wolf to Friedrich and becomes dependent upon Friedrich for assistance, forming an unbreakable bond between the two men.

Follow Friedich – our protagonist-who interacts with real people, places, and events, through the fifteen-year friendship that witnesses Hitler turn from a quiet painter into a megalomaniacal dictator. Using brand-new historical research and never-before-seen photos to construct a realistic portrait of the evolving Hitler, Wolf will satisfy, by turns, history buffs and fiction fans alike. And as this complex story is masterfully presented, it answers the question of how a nondescript man became the world’s greatest monster.

Click on the image to open
the flip book to read Wolf's reviews.

“Wolf offers a front row seat to the Nazi Party’s early years, expertly using the fictional protagonist Friedrich Richard to take the reader on a fifteen-year journey from the end of the First World War to Adolph Hitler’s seizure of absolute power in Germany. The reader experiences the gradual death of democracy in Weimar Germany like a slow motion train wreck, equally fascinated and horrified. We all know how Hitler’s Thousand Year Reich ended, but Wolf shows us how the nightmare began. A compelling, thoroughly researched, and important work.

Wolf is an impressive achievement. Exhaustively researched and richly detailed, it draws on new historical research to paint a fascinating portrait of Adolph Hitler that is more human and recognizable than most depictions – and thus even more chilling and sobering.”