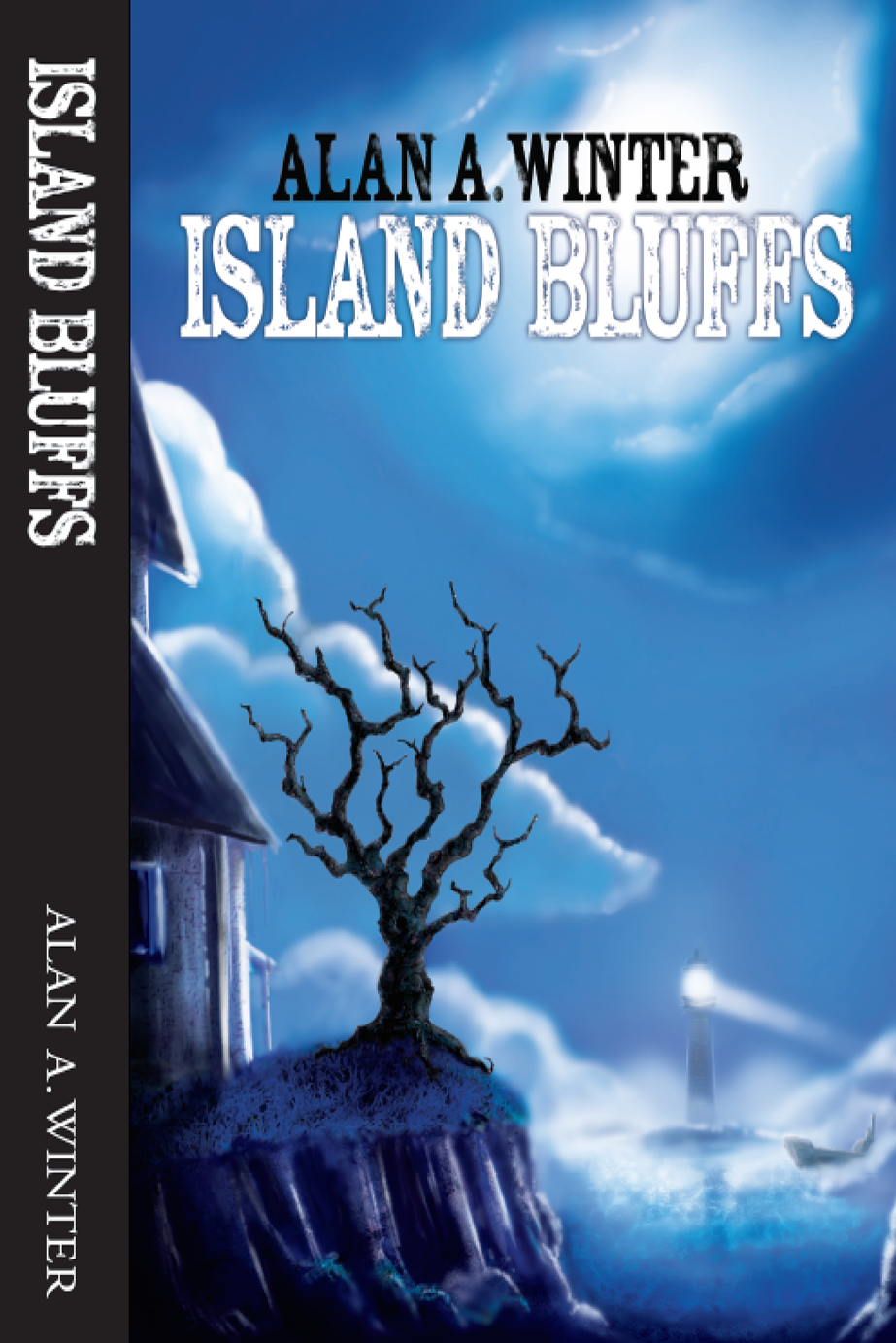 Island Bluffs is a present-day town bound to the past by horrible secrets and pacts made long ago. Keeping secrets buried as some had hoped was no longer an option for the Berks. Their new and some thought long-forgotten home made that impossible by putting them squarely in the middle of it all. When the truths are revealed, the shocking twists and turns will challenge the very notions of what is right and wrong.
A thriller/love/ghost story with inspirations drawn from real life.

Island Bluffs is a multi-layered story of forgiveness, of understanding the dark side of the human spirit, and plumbs the question: are children and grandchildren accountable for the sins of their parents. It is also a love story.

Carly Mason, NY’s top forensic dentist is married to widower, Gabe Berk. Having exhausted all of NYC’s top fertility experts, they learn of an eccentric scientist — a survivor of the Mengele Twin Experiments – who runs an exclusive clinic. The doctor presents a Faustian challenge: Carly must carry twins, one biologically related to her and one that is not, agreeing to give up the surrogate baby at birth. In addition, the Berks must move to within thirty minutes of the doctor’s clinic at the Jersey Shore.

Carly and Gabe, along with Gabe’s daughter from his first marriage and his father who is a Holocaust survivor, move to Island Bluffs. Island Bluffs is a present-day town blinded by a pact made long ago that is filled with secrets all would prefer to remain buried. Now that the Berks have bought this long-forgotten house, keeping secrets buried is no longer an option. When these truths are revealed, they will, by turns, shock and amaze and challenge the very fabric of what is morally right and wrong.

"The dread only increases as the Berks steadily uncover more dark secrets, including an echo of the Nazi Germany that Yehuda only barely escaped."

In this emotional thriller, a couple strikes a Faustian bargain in order to have a child.Gabe and Carly Berk have been married for six years, and that whole time they've been trying to conceive a baby, without success. Desperately trying every strategy, they're now willing to grasp at any straw. For them, "euphoria could not be spelled any sweeter than b-a-b-y."

"Island Bluffs is the story of a family who moves into a house that has been unoccupied for years and is full of dark secrets. The house is located on the Jersey shore of Barnegat Bay. It is outside a small town where some of the townspeople don't want the secrets revealed and want the house empty again. Island Bluffs has two storylines going-one about the past and secrets of the house and the other about the present and the family who has moved into it. Both stories blend together nicely. The plots are solid and the characters are well developed. This book has layers like peeling an onion, each layer a pleasant surprise. This book was an enjoyable read and kept me wanting to see what was going to happen next. It ended with a great finish, tying everything up nicely. I received this book free from NetGalley for an honest review, which is what I just wrote. Try the book. You'll enjoy its many twists and turns."

In Island Bluffs Winter has crafted a thrilling and gripping masterpiece. This novel is paced so that the excitement never subsides. The characters are richly developed and easy to relate to. And is the case with seasoned authors, Winter transports the reader to a regional setting, in both time and place, that resonates in tight, concise writing that few writers exhibit these days. Not only are the characters and plot multidimensional, but Winter manages to weave the nurture vs. nature theme into a historical context effortlessly, always tantalizing us with another phrase or thought or action that engages us to gobble his words right to the last shocking page. Expect shortness of breath and salivation while turning the pages! Island Bluffs is satisfying and so delicious! ~David Hurwitz

"Island bluffs is a summer must read. The twists and turns are sure to keep the reader surprised, educated and curious! It is filled with fantasy and dark truths that pull this novel to the top of the heap. What could be better than a thought provoking, history soaked and at the same time, whimsical book! I really enjoyed it."

Just finished Island bluffs, a terrific read!! Bravo, finally a writer who knows how to end a book! Too many give you 400 pages of story and 2 pages of ending. Keep it up, a follow up book to follow?

"In this emotional thriller, a couple strikes a Faustian bargain in order to have a child."